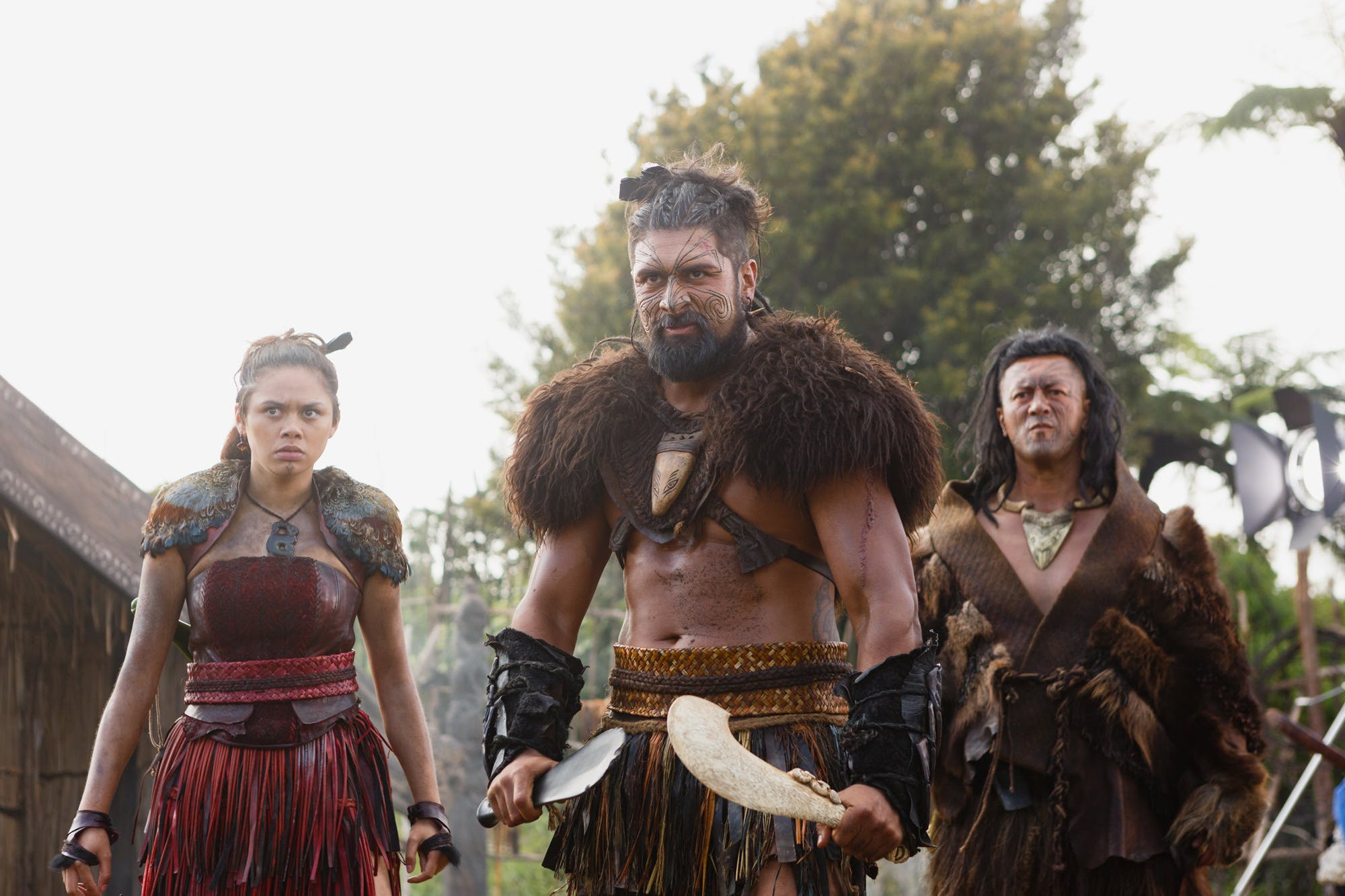 A Glossary Of Te Reo Māori Terms From THE DEAD LANDS

If you’ve been watching The Dead Lands on Shudder, you may have been wondering about some of the te reo Māori terms being used. So, to give you a bit of a deeper understanding of the Māori language, we’ve got a handy glossary for you.

Karo — Defense, to ward off

Maiki— Demonic servants to Whiro, God of the underworld

Pā — A village or home complex

Pou — A pole, a carved totem

For those who aren’t yet familiar, the fantasy-action-adventure series is set in a mythical Aotearoa-New Zealand and is the first genre TV show to showcase Māori mythic storytelling and martial traditions. It’s also created by a mostly Māori and entirely Polynesian cast and crew.

You can learn more about cultural authenticity in The Dead Lands as well as Mau Rakāu, the Māori martial art, in these two behind-the-scdenes featurettes.

A dishonored warrior, Waka Nuku Rau dies, but his Ancestors in the Afterlife send him back to the world to find redemption and honor. There, in the world of the living, he is aided by Mehe, a determined young woman, and together they discover the world has been disrupted by forces not of the living. Someone, or something, is preventing the Dead from entering the Afterlife and now the Dead are thrown back into their decaying bodies to hunt the living.

So what are you waiting for? The first season’s almost over, so check it out right here on Shudder. Just remember to take your glossary with you.