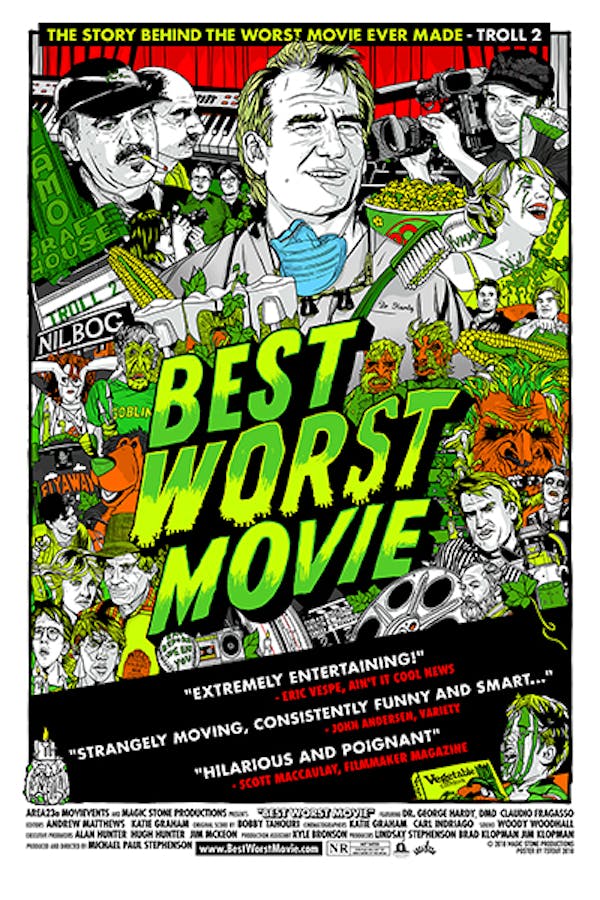 The 1989 low-budget horror film TROLL 2 tells the story of a boy whose family takes him to a town filled with goblins in disguise. Despite a scary premise, stinko performances and a lame script soon landed the film a cult following who called it “the best bad movie of all time.” In this hilarious documentary perfect for superfans and newbies alike, director Michael Stephenson (aka the child star of TROLL 2) gives us all the inside goop on Nilbog from his co-stars and Italian director Claudio Fragasso, who still thinks his film is good! What’s it like to be in the worst movie ever made? Watch and find out.

This doc tells the story of TROLL 2 and how it became “the best bad movie of all time.”

Love the part where one of the actors states that he "wanted to kill him" about the boy.

amazing doc about the best movie ever made

There's definitely some movie magic that gets my waterworks going every time I see this movie, but for any cinemaphile, the story behind the colossal failure of a very passionate group of filmmakers is the perfect cocktail of goodness.

Awesome documentary of one of the best worst movies ever made.

Really fun documentary about one of the best so crappy its amazing films ever made.