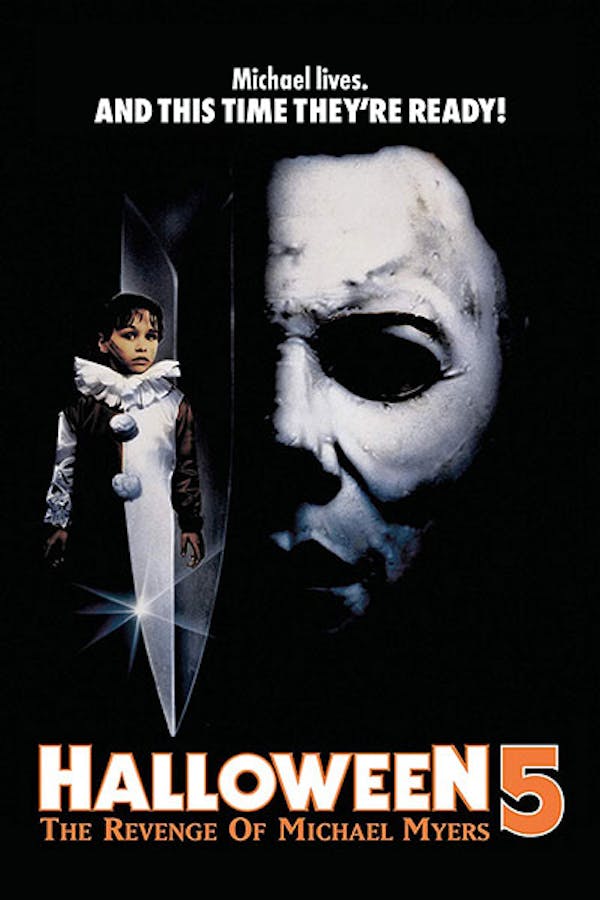 Halloween 5: The Revenge of Michael Myers

Following her mysterious behavior at the conclusion of HALLOWEEN 4: THE RETURN OF MICHAEL MYERS, young Jamie (Danielle Harris) is committed to the psychiatric care of Dr. Loomis (Donald Pleasence). Meanwhile, Michael Myers is presumed dead following a shoot-out with the Haddonfield Police and a fatal fall down a mineshaft entrance. But all is not as it seems. A well-meaning derelict nurses Michael back to health, and one year later he is back to kill again! Jamie finds herself the object of Michael’s murderous rage, and along with her new friends and Dr. Loomis, she tries to prevent Michael from continuing his bloody rampage.

One year following the events of HALLOWEEN 4, Michael Myers returns to Haddonfield with a vengeance.

Join free to stream Halloween 5: The Revenge of Michael Myers

Arguably the best looking of all the Halloween films, but all those warm, bright interiors strip some of The Shape's terror. Add a barely-there plot and strange character choices (Michael is weirdly given some attempt at emotional depth in this installment for... reasons?) and you have a not quite laughable, but certainly not good chapter in the Halloween legacy.

Ok, some good kills and Pleasance is always great

Join free to stream Halloween 5: The Revenge of Michael Myers