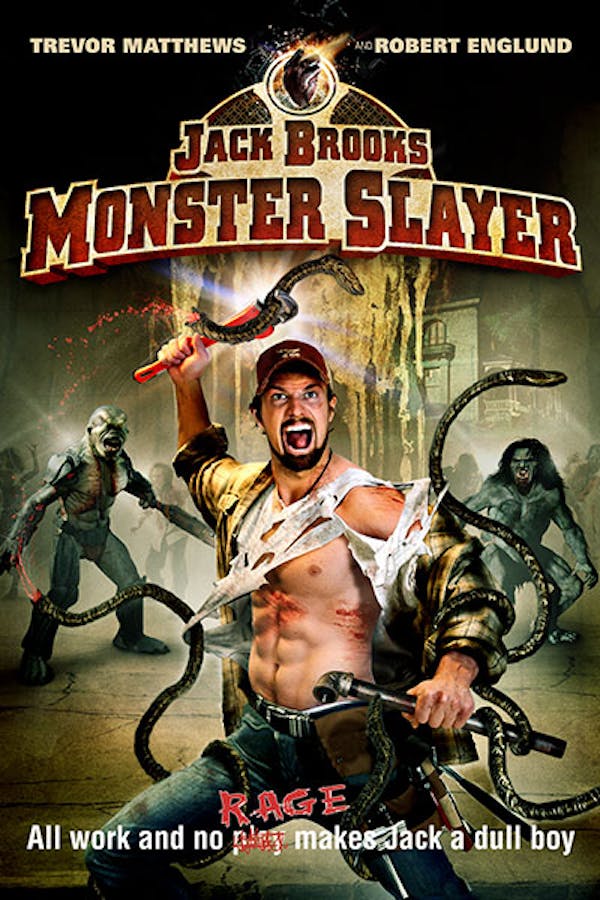 Ever since he watched monsters brutally slaughter his family during a childhood camping trip, local plumber Jack Brooks (Trevor Matthews) has had major anger management issues. But when a busted pipe disturbs an ancient evil, Jack will unwittingly unleash a force that transforms his kindly night school professor (Robert 'FREDDY KRUEGER' Englund) into a ravenous, tentacled, infectious beast from Hell. Even if Jack can no longer run from the demons of his past, can he at least hack them to pieces before they devour his entire class? Rachel Skarsten (BIRDS OF PREY) and James A. Woods co-star in this over-the-top international film festival sensation that Fangoria hails as "a gore- oozing homage to wild-and-crazy '80s horror!"

A plumber whose family was killed by a monster gets a chance to avenge their deaths.

I really enjoyed this movie. It was fun and totally reminds me of Tucker and Dale vs Evil. It's nice to see real monsters, even if the main one reminded me of Jaba the Hutt.

Great fun! Reminds me of Tucker and Dale!!

This was a fun movie! Really enjoyed it!

If you loved tucker and dale vs evil then you'll love this movie, fun movie. I'd watch it again