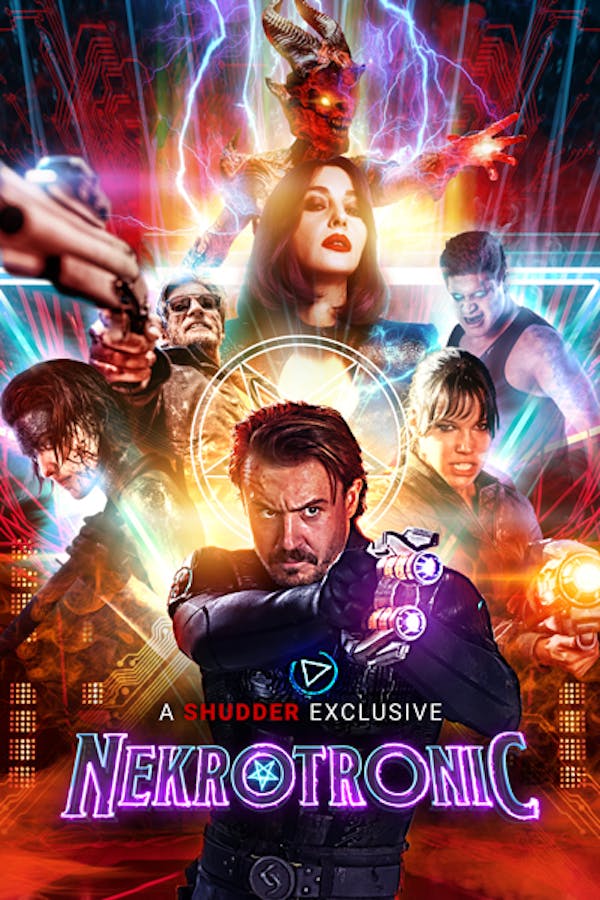 Our hero, Howard North, is a young orphan dragged into a conflict between the Nekromancers - a family of badass demon hunters, and Finnegan - an evil demon who absorbs people’s souls to increase her power. When Howard finds out the truth behind Finnegan’s past and her dark plans for the future, he teams up with his new friends to discover he is the ultimate Nekromancer, the only one with the power to defeat her. A SHUDDER EXCLUSIVE.

A group of demon hunters battle evil forces that use the internet to demonically possess the masses.

A better Ghostbusters remake than the actual 2016 remake! But seriously, a great movie, great dialogue, I laughed all the way through. I even gasped a few times, normally nothing in movies surprise me, but this one got me a couple times, I'll admit. It's a fun, well directed, well acted, crazy romp. Ten outta ten, will definitely watch again.

Just wonderful! Definitely going to rewatch this one.

My favorite movie on Shudder by far I’ve watched this at least 7 times already we need more movies like this!

Ghostbusters in the internet age, with campy dialogue, and Australian humor. Not bad at all.