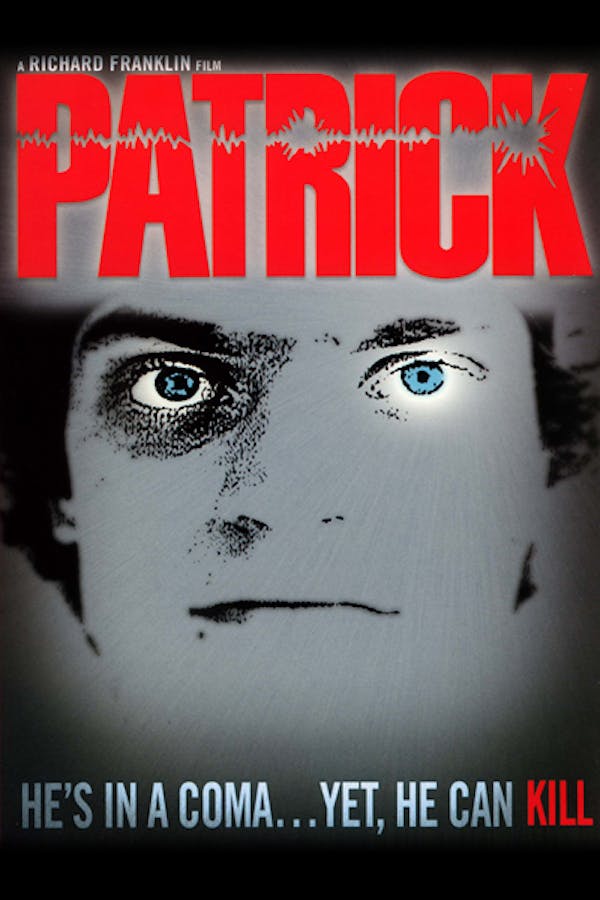 A comatose patient uses telekinesis to kill in this terrifying Australian horror classic. Lying quietly in his hospital bed, one might mistake Patrick for a hopeless case. But Patrick’s more than meets the eye, and when he becomes fixated on his nurse, he starts using his powers to stop anyone who tries to come between them. Few who saw PATRICK’s final shocking scene ever forgot it, including Quentin Tarantino, who referenced it in KILL BILL. The film’s success outside Australia led director Richard Franklin to Hollywood, where he wound up directing the great PSYCHO 2. Contains sexual scenes, violence and gore.

A comatose patient uses telekinesis to kill in this terrifying Australian horror classic.

fucking boring and dumb he only kills like 2 people and idk this was a big waste of time. why is this rated so high I couldn't even stand to watch it while cleaning my kitchen. I couldn't keep putting myself thru this movie so I opted out of the last 30 minutes. oh and they say "Patrick" way more than they need to. overrated watch something else.

Great twist on the unreciprocated love fron a crazy boyfriend movie. It bored me for rhe first few minutes, then i couldn't stop watching.

Awesome psycho boyfriend movie, good adaptation to what it’s like dating a psycho with a twist! where are you going!?!?!? WHERE ARE YOU GOING!?!???

interesting story line. Not one of my favorites.