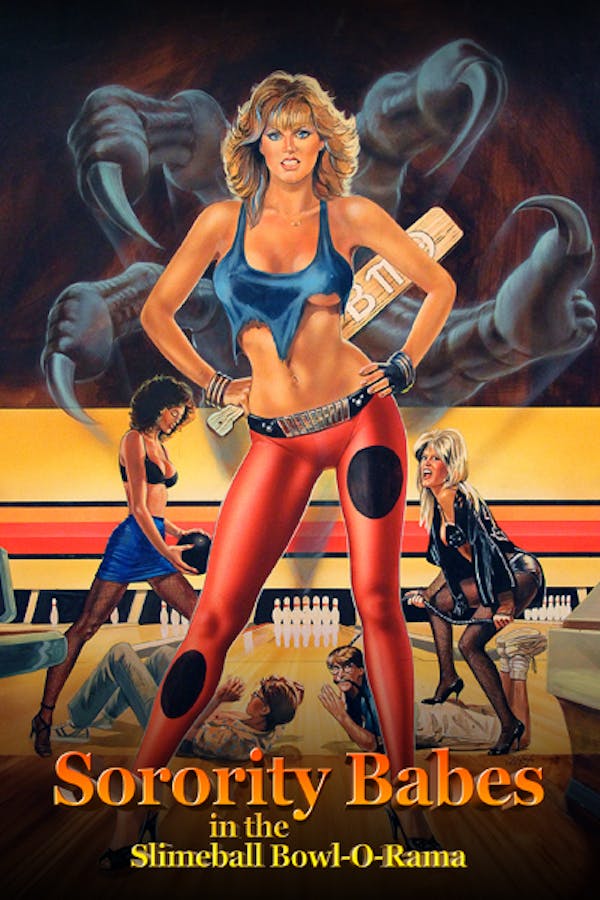 Sorority Babes in the Slimeball Bowl-O-Rama

Bring on the cheese!

Great movie to watch, very campy and cheese, not for everybody but I’m biased because I love Night of the Demons and watching Linnea playing this bad ass girl was great. 4 skulls only because of special effects were kind of bad, but story was entertaining and actors were super funny.

Pure cheese. Ranks right up there with Chopping Mall and Night of the Demons as classic VHS horror.

This is peak '80's cheesy B-horror. It's not supposed to be good, which is why it's amazing. If you can't have fun watching this, you need to stop taking life so seriously.

I remember watching this movie when I was little and being fascinated by it. For basically my whole life, I had no idea what the flick was called. Until I ran into it on Shudder. This movie is a lot of fun! But I also love camp horror. It’s corny, funny, and kinda surreal. Definitely worth a watch! Can’t wait for the sequel and for Uncle Impy to return!