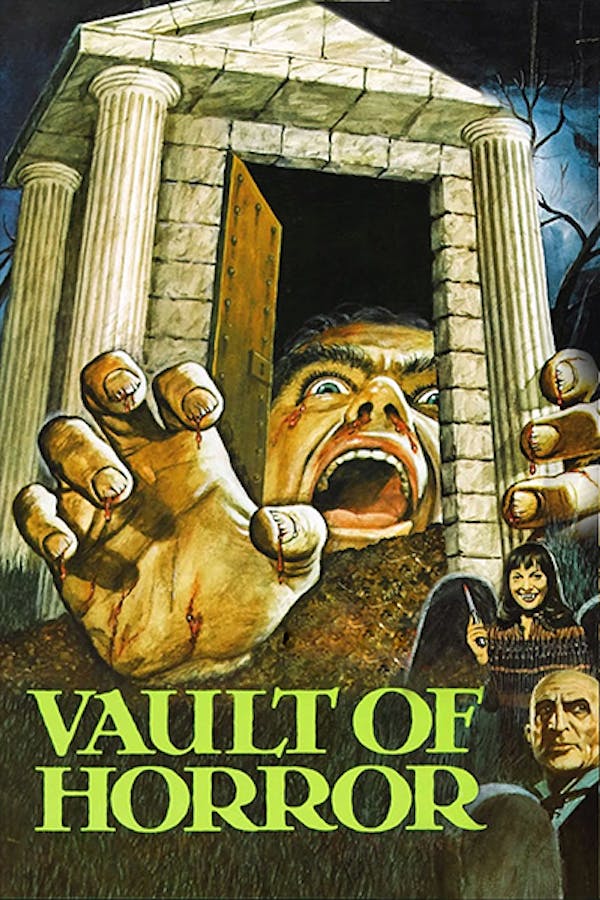 The Vault of Horror

Trapped in the basement vault of an office building, five men recount their visions of their own death. In Midnight Mess we get a strange look into the everyday lives of vampires – who run their own fancy restaurant. In The Neat Job, hilarious character actor Terry-Thomas plays an obsessive neat freak who meets a fitting end. "This Trick'll Kill You pits a nasty colonialist up against an Indian woman whose magic trick secrets she'll do anything to keep. Bargain in Death weaves together a tale of premature burial, double-crossing insurance scams, and peculiar coincidence. The final tale, "Drawn and Quartered" tells the story of a voodoo-practicing artist (Tom Baker) who is able to kill his victims by depicting their death on canvas.

Five people trapped in an underground vault share stories of terror while awaiting their fate.

Join free to stream The Vault of Horror

Does a great justice to the original EC comics that the movie is based on.

Classic anthology style movie. I'm a sucker for them.

Why do I feel like having a glass of Johnnie Walker Red after watching this?

Contains one of my new favorite lines of dialogue , “No gods, no supernatural powers...no yoga.”

Join free to stream The Vault of Horror