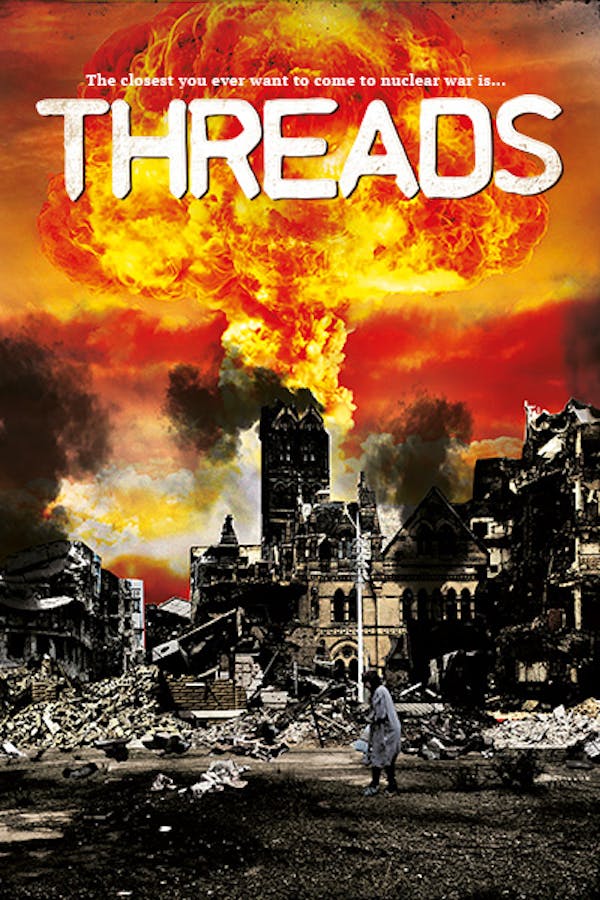 In September 1984, it was aired on the BBC and shocked tens of millions of UK viewers. Four months later, it was broadcast in America on TBS and became the most watched basic cable program in history. After more than three decades, it remains one of the most acclaimed and shattering made-for- television movies of all time. Reece Dinsdale (Coronation Street), David Brierly (Doctor Who) and Karen Meagher (in a stunning debut performance) star in this “graphic and haunting” (People Magazine) docudrama about the effects of a nuclear attack on the working-class city of Sheffield, England as the fabric of society unravels.

This legendarily haunting docudrama depicts the effects of a nuclear attack on the working-class city of Sheffield, England.

A truly horrifying and very realistic vision of what a nuclear war would result in. I’ve seen some things and love horror, but this jacks me up!

This isn’t the scariest film I’ve seen, but it’s definitely the most shocking human documentary of a nuclear aftermath I’ve ever seen. See this movie at least once its a 5 skull for me.

Dull and uninteresting. I couldn't stop myself from falling asleep on several occasions while watching this. I am sure I would be pissing myself if this happened to me in real life.